Everyone is passionate about the food that we prepare and eat. We love it when restaurants take up the farm-to-table cause and create decadent, unique bites. We try our best to eat and give our closest the best hygienic food possible for the least amount of money. The meat grinder involves the necessity of mincing meat to suit this various needs or recipes of the people. 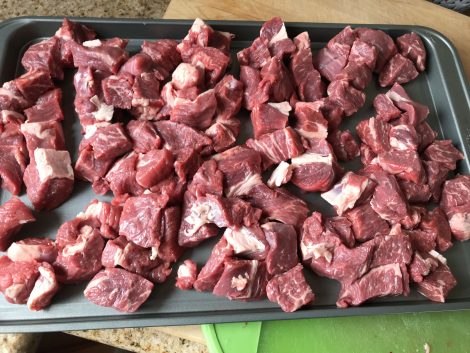 The Inventor of Meat Grinder 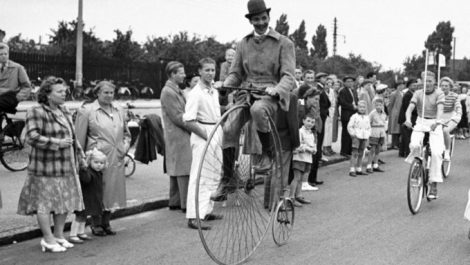 Karl Drais saw the need for innovation; he invented various contraptions such as the pedal-powered quadricycle, the 25-key typewriter, the stenotype machine, the running machine which brought him fame. He is also the inventor of the very first meat grinder which is almost identical to the one used in kitchens and butcher shops around the world today.

From Lab To Kitchen

In the 1800s, it was believed that an American physician thought of the idea of using the meat grinder into pulverizing peanuts to make a paste. This paste was used to feed patients who were not capable of chewing. Come to the early 1900s this peanut paste became all the rage in America as it became trendy among the country’s population. 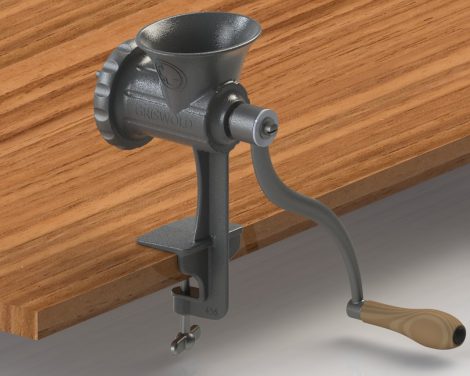 The earliest meat grinder processed meat more crudely than the current electric meat grinders of today. At the time it was first developed the meat grinder would prepare the meat by forcing it through a metal plate which had several small holes. The meat used to pass through these small holes and come out in long and thin strands.

The early versions of the meat grinder were hand-cranked and used to let the person grind the meat in a much more accessible way than a mincing knife. The machine made sure that folks who had to grind up enormous amounts of meat did not get tired from all of the grindings they had to do by hand.

To grind meat faster, more comfortable, and more accurately the metal plates that were used to force meat into smaller pieces became blades which electric meat grinders used to grind the meat up. This upgrading also made the work of butchers a lot easier as that meant that they would no longer have to hand-crank a machine to process large amounts of meat.

A few interesting facts about meat from your meat grinders:

Fresh meat from the butcher tastes better than what you find in your local supermarket as you have complete control over the time that it was minced.

The meat itself doesn’t have the chance to sit on the shelf for days on end which means that your diners can experience flavors that they might not have had in the past.

Each moment that your meat stays out on the counter, waiting to be packaged or frozen, it picks up bacteria and other contaminants.  In processing plants, the meat from thousands of animals is mixed together to create that ground round.

When you grind your meat, you get the choice over what shape of cuts you want in the blend.  You might find that a high-quality sirloin mixed with plump might give you the best flavors.

The subsequent step that you can take along with your meat grinder is making sausage.  Take all of those odds and ends that you have in your walk-in fridge and place all of them in one place.  Remember that sausage is not restricted to simply pork cuts.

The Future Of The Meat Grinder 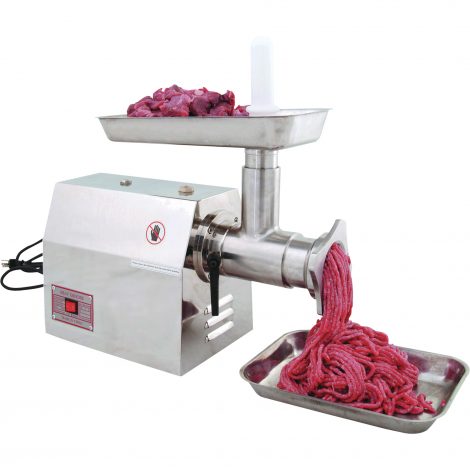 The electric meat grinder is one of the most important appliances that you could have in your kitchen. For health conscious you would wish to prepare tasty food for your family without nasty additives and chemicals, this meat grinder will help you out.

Electric meat grinders also have become more diverse regarding what they process as they can now grind up vegetables, fruits, as well as more robust meats, particularly that of wild game. These modern innovations allow people to have a variety as to what they can do with what was once an effortless machine.

Hi! My name is Erika. I'm the chief editor at MeatGrinderHelp.com. My Favorite things to do consist of hiking, and making Jerky. This blog is a place where my team and I share information related to meat grinders.

I am researching the history of hamloaf and I am trying to determine when this product was started here in PA. The original grinder that was used was belt driven and it shook the whole building when it was plugged in to start. Any info would be appreciated on belt drive grinders. The belt was about 12 inches wide.